As designers, Future Cities uses visual presentation techniques to test and demonstrate assumptions and opportunities to the broad-based constituency who represent end-users, tenants, and visitors. Ultimately, it is the unique programming that happens within buildings and on streets that makes cities places where people want to be. Design clients have included cities, universities, sports team owners, and others seeking to create valuable and beneficial connections in otherwise traditional building program uses.

Concord Eastridge has successfully developed across a range of asset classes including build-to-suit and multitenant office, hospitality, conference centers, research, retail and multi-family housing. Many of these developments have been executed for, or in close proximity to, major universities in downtown cores.

Future Cities has focused primarily on urban redevelopment projects that capitalize on the under-performing potential of urban cores and city centers. Future Cities’ work has revitalized downtowns like Los Angeles and reintroduced lost retail and entertainment uses to the urban cores of sprawl cities like Phoenix, Arizona. 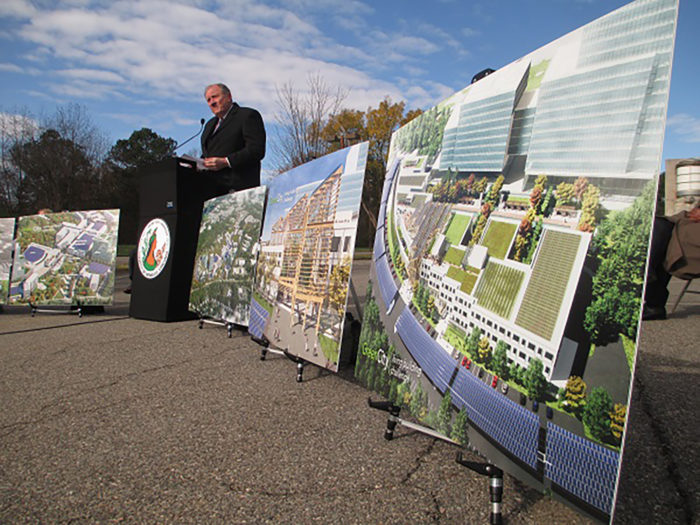 Future Cities was founded in 2000 by architects Michael Hallmark and Sean Duncan. They brought with them experience in the design and development of destination attractors – signature sports, entertainment, and retail projects, and a belief that traditional developer-led approaches were not resulting in better cities. Future Cities seeks to find value in under-utilized urban real estate assets, exploring the synergy of uses, and creating richer and more sustainable urban places as a result.

As developers, Future Cities uses the design and planning process to create new development opportunities. Their development focus is on districts where unique venue programming can be enhanced by the creation of ancillary entertainment districts and mixed-use neighborhoods.